June 13th to 14th, 2020 dates
We are a USA based Tour Operator and offer worldwide service. Our travel and ticket packages for the 2020 Le Mans Race include hotels, 2020 Le Mans 24 hour race tickets, hospitality options and VIP transfers.
RESERVE NOW for 2020 - 24 Hour Le Mans 24, demand is high and close to sold out already!

Our travel packages all include your ground transportation with airport meet and greet in Paris, hotel accommodations, tickets and unrivaled viewing. We offer 3 great package options to choose from depending on your needs. Finale of the World Endurance Championship. Please scroll down below for details of each 2020 Le Mans 24 race ticket and  travel packages. If you don’t see what you are looking for then CONTACT US for a customized program. We provide the best value and service available.
RESERVE NOW, don’t miss the 2020 Le Mans 24 hours race, one of the most spectacular events in the world. 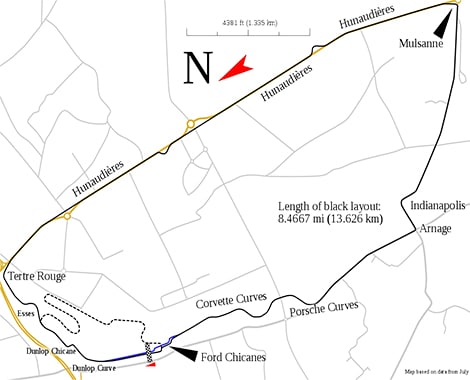 Our Hotel stay in Tours

This truly historic boutique hotel opened its doors in 1846. It is in the center of the city in the heart of the tourist and shopping area, and is near the Tours TGV train station. The 4 star hotel features 91 large, comfortable and fully-equipped rooms, a gourmet restaurant, a lounge bar, 7 La Touraine With 85 rooms, among 8 suites, the is the ideal place to enjoy a weekend during the 24 hours of Le Mans. The non-smoking and air-conditioned rooms will offer you all the comfort you need, with free wifi access, minibar, flat screen cable tv. Enjoy a lunch or dinner in the restaurant with traditional gastronomy and the cozy bar.

Our 3Star Hotel stay in Tours

This business-friendly hotel offers a bar/lounge. Complimentary wireless Internet access is available in public areas and an Internet point is located on site.  Additional amenities include a fitness facility, multilingual staff, and laundry facilities. This is a smoke-free property. A total renovation of this property was completed in March 2013. The 51 air-conditioned guest rooms at L’Artist Hôtel include safes and coffee/tea makers. Complimentary wireless high-speed Internet access is provided. Rooms are equipped with flat-screen TVs with satellite channels. All accommodations provide desks and direct-dial phones.

Click here to see your Itinerary 4 day 3 nights with hotel stay in nearby Tours, France

Airport meet and greet at the airport Charles de Gaulle in Paris 10:30AM and transfer to our
hotel outside Le Mans, France.
Hotel accommodations including taxes. Welcome drinks and weekend review.

Breakfast at the hotel
Transfers to airport Charles de Gaulle, we plan to return to the airport by 11:00 AM please do not book flights before 1:00 PM departure time.

Breakfast at the hotel
No track activity today .
Driver autograph session and public pit lane walk at the track
Driver parade in the city center

Breakfast at the hotel and tram to the track. Race finish 3:00 PM

Breakfast at the hotel and check out.

About the 24 Hours of Le Mans

The Circuit is divided in various sections, starting from the Indianapolis Corner, where the race begins, up to the Mulsanne Straight, where drivers get the opportunity to rev their engines to the fullest and even break top record speeds.

Throughout the course of its existence, Le Mans has been a place where anything from terrible crashes to incredible photo-finishes happened. It boasts a long, rich history that is full of innovation, brilliance, wild stories, and even catastrophic mishaps. Understanding the Circuit means to understand the fascinating history of both European and American auto racing – and to see how the trends started, tides turned, and how enterprises rose and fell from greatness. Trying to summarize the expansive history of Le Mans is slightly difficult – but we’re going to condense it into a brief rundown, just so you can absorb all of the essential details about Europe’s greatest endurance race.

In Le Mans, there are two sets of rules – those applicable to the cars, and those applicable to drivers. There are two categories designated for the cars entered in the European Le Mans Series: Prototypes and GTs, which are then further subdivided into the LMP1, LMP2, LMP3, LM GTE, and LMGTE AM classifications, with the LMP1 being the top class.

As of 2021, Le Mans will act in accordance with a new class referred to as “Hypercar” for every LMP1 car, enabling cars to feature a more road-going appearance in order to lessen costs and encourage participation from other major players in the auto manufacturing industry. The LMP 2 requires for cars to weigh under 2,050 pounds, and to be built to accommodate a passenger. The LMP3 category is for newbie and entry-level racers, while the LM GTE has price requirements to ensure that the participating car is genuinely production based.

Because of the race’s size and importance, the 24 Hours of Le Mans is among the few sporting events throughout the year that can attract all types of fans, including the most casual ones. For many racing drivers, having the opportunity to race in Le Mans is such a big deal, which is why drivers from various types of racing disciplines try to give it a go every year. But winning the whole thing is much bigger, of course.

The race is part of the FIA World Endurance Championship, and the 8.6-mile racing circuit is comprised of a full-time race track and several large swaths of temporarily closed public roads. The race, which runs throughout an entire day, has four different classes that are all running at the same time, with the speeds varying greatly throughout the field – which means that cars are passing and lapping each other constantly.

Due to the danger and absurdity of having one driver stay in the car for the entire 24-hour run of the race, the 24 Hours of Le Mans requires multiple drivers to trade off in a race car and run stints throughout the day and night.

From powerful sports cars to state-of-the-art prototypes, everybody’s out there racing at the same time. Both the variety and free-for-all concept of Le Mans are big reasons why the race is very fun and popular. Despite competing in entirely different classes, the cars share the same track and run the track at vastly differing speeds from one another, which makes for a real show.

The four classes in Le Mans are divided into two main groups: prototypes and sports cars. Certain regulations file them into separate classes, and while two classes may look similar, it’s easy to tell which class a car belongs to by the color of the box painted around the car number.

Here’s a short guide to the reasons behind their different colors.

The LMP1 is the class with the red box around the car numbers. It is the fastest class in WEC, and both teams and manufacturers have a good amount of freedom as to what to do with the cars. There are contrasting engine configurations, alongside non-hybrid and hybrid vehicles. Also, LMP1 has driver restrictions that are based on rankings by the FIA. Only drivers with Bronze, Gold or Platinum ranks are allowed to drive an LMP1 car.

LMP2 cars share some similarities in appearance but are slower than LMP1 cars, with more cost-controlling measures and roles put in place for them. Car numbers feature a blue box around them for visual purposes, and every LMP2 car runs a 4.2-liter V8.

In LMP2, the goals are lower costs in safety, reliability, and production and maintenance. If a specific model of a car begins to perform too well, the series can downgrade that car’s performance so things don’t get out of control. Also, the group of drivers in an LMP2 car should have at least one Bronze or Silver driver in FIA ranking.

The GTE category in Le Mans is the slowest out of everyone. It is divided into two classes: LMGTE Pro and LMGTE Am. The cars in this category follow the same basic concept, being that the cars are production-based racing vehicles like the Ferrari, Corvette, Ford GT, and Porsche 911 RSR, among others.

These cars look like real cars while on the track, and they also look like they are kind of standing still whenever a prototype blows by. Though that might seem like unbalanced to you, that’s part of the fun and appeal of Le Mans. The WEC also makes regular attempts to bring balance among these cars’ performances, which is likely to happen among cars that perform so different from one another.

Between the two LMGTE classes, the real difference lies in the drivers, because LMGTE Am can contain a mix of drivers but has to include amateur drivers, whereas LMGTE Pro is specifically for professional drivers.

The cars in LMGTE PRO have a green box around their numbers, while the LMGTE Am cars have an orange box around the same spot. The WEC requires that a group of two or three drivers on an Am car has to have at least one driver in the lowest Bronze category and at least one other who is either Bronze or Silver.